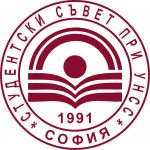 The University of National and World Economy /UNWE/ is the eldest, the most prestigious and the largest economic university in Bulgaria and Southeastern Europe. The academic management body focuses its efforts on the implementation of major UNWE objectives: to prepare the elite of the country, as it has always done ever since its foundation, to be a leader in the Bulgarian higher education – an integral part of the European educational and research area and preferable place for the young people willing to acquire modern education, to provide competitive educational services.

In 2017 the UNWE has obtained for the third time the highest assessment among all Bulgarian universities for a six-years period by the National Accreditation and Assessment Agency.

At the UNWE work about 500 lecturers, 300 of them are Professors and Associate Professors.

The UNWE has an Educational Quality Management System certified by Intertek in compliance with the International Standard ISO 9001:2008.

The UNWE occupies highly competitive positions. Traditionally it has the largest number of prospective students and a record number of excellent students in comparison with the other universities in our country.

The UNWE collaborates with 133 universities from all over the world working with them on joint Master`s degree programmes, scientific research projects, distance learning, students and lecturers exchange.

The UNWE has incorporated a credit system providing an opportunity for student mobility between the specialities as well as between other Bulgarian and foreign universities.

The UNWE editions include Almanac, Yearbook and Research Papers as well as the scientific journals Economic and Social Alternatives, Economic Alternatives, Business and Law, UNWE Newspaper.